After my previous post about InnoDB Doublewrite Buffer impact I've received several feedbacks where people are claiming to see an important performance degradation when they enabling doublewrite... Discussing with them about their wokloads I've tried to reproduce a similar activity with dbSTRESS tool. And finally I was happy (or unhappy - all depends on the side :-))

Sorry, it'll be little bit long (but it was hard to make it shorter :-))
First of all let's get a look on the I/O activity and possible solutions to make it running more optimally...


Generally we may classify I/O requests by:

And each case has its own solution:

As you may see, the Random Read case is the most problematic and should be avoided whenever possible.

Time to time I'm giving Performance Trainings to Sun engineers as well to Sun customers and partners, and I give them an example of RR impact observed during one of customers benchmarks:

What do you think?..

Now, let's come back to the issue with doublewrite buffer...


So, what may go wrong when doublewrite buffer was activated?..

Workload described in my previous post was prepared mainly to test MySQL code scalability - it avoiding to be much depending on I/O slowness and sized enough to keep a whole data workset cached (and again there are some other issues, but I'll investigate them another day). What's important here - after some time (once data are well sitting in cache) there is no more I/O read requests involved by database!

So what's the I/O activity during this workload:

And now - I'm changing the workload conditions. I'm increasing the working set limits in way that clients accessing more wide object references and finally only 10% of data (in better case) may be kept in the buffer pool (even it's quite big). The workload become more close to realistic and more I/O-bound - it's probably more common case for production environment :-) It'll not help to understand scalability issues anymore, but will help to understand InnoDB I/O activity! :-))

So well, what is changed?..

And if we replay the same test with doublewrite enabled?..

My workaround to fix it:


And what about binlog?..


To summarize, here is the current list of my suggestions:


Just few graphs at the end comparing InnoDB activity when Doublewrite Buffer is set OFF and then ON. 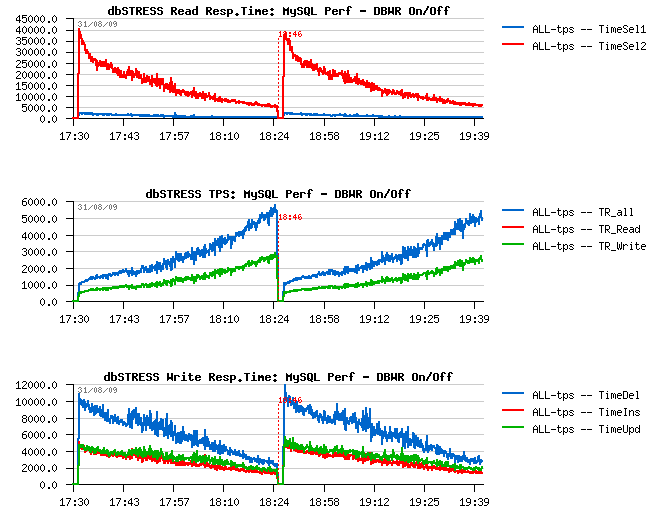 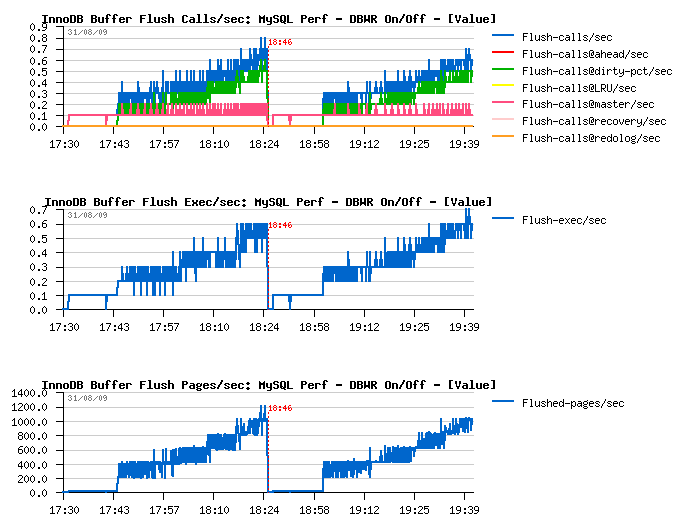 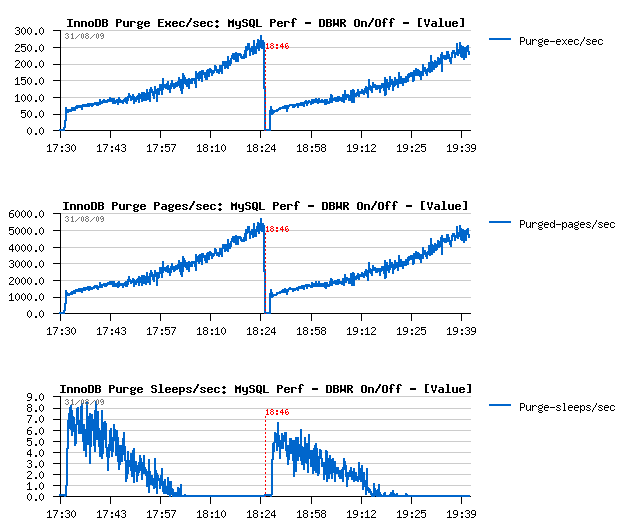 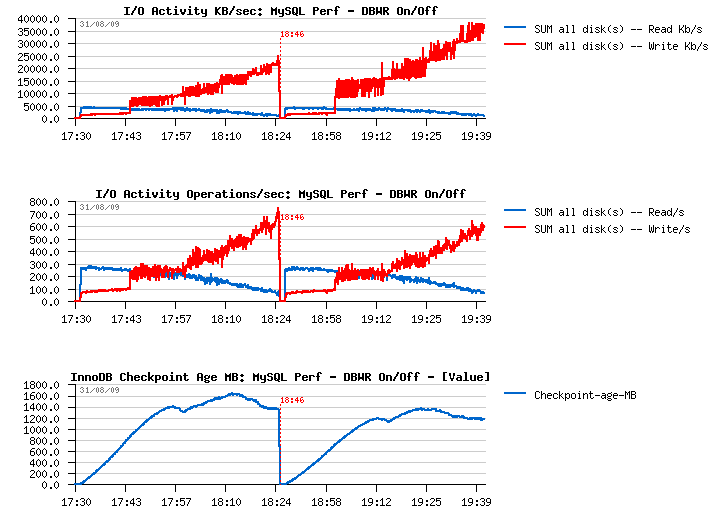 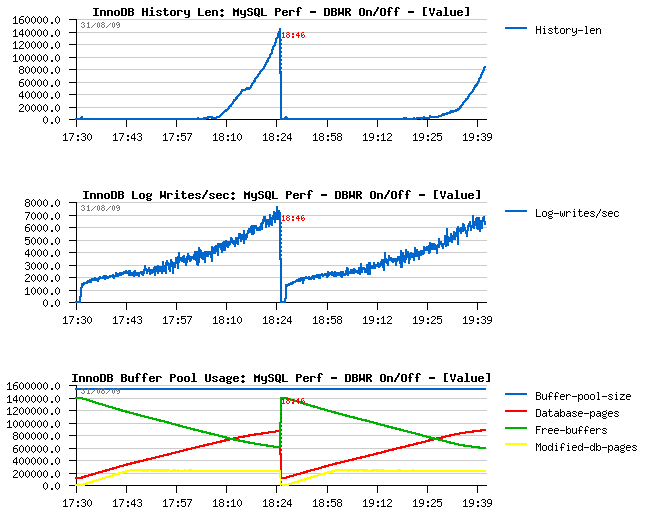 I've just published an updated 8.3 version. This is a minor update, just to fix some abnormal issues and add few more features...

Here is a list of changes coming with update: